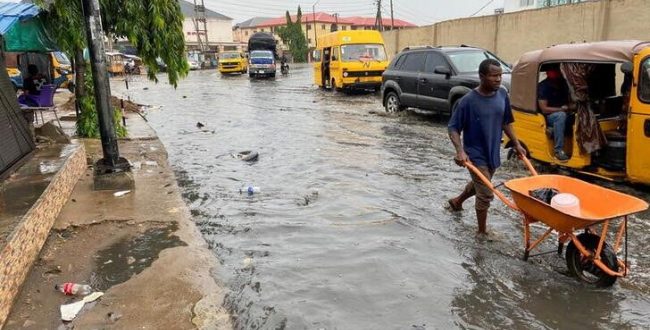 Floods in Nigeria have killed at least 300 people this year and the situation could worsen due to heavy rainfall and the effects of excess water from a dam in Cameroon that will affect 14 Nigerian states, the disaster management agency said.

The National Emergency Management Agency (NEMA) held an emergency meeting on Monday to review the flood situation and plan a response.

“More than 100,000 people have been displaced by flooding since the start of the rainy season and are now living in temporary shelter,” NEMA director general Mustapha Habib Ahmed is quoted by Reuters agency as saying.

Several parts of Nigeria are susceptible to seasonal flooding with coastal states like Lagos at a higher risk.