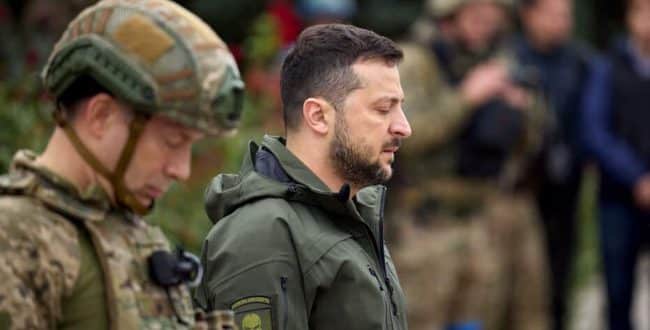 Ukrainian President Volodymyr Zelensky has been involved in a car accident after his car was hit by a vehicle while riding in a motorcade in Kyiv, his spokesman revealed on Thursday.

The collision, which took place at 01:22 local time on Thursday (22:22 GMT on Wednesday), occurred as Mr. Zelensky was returning to the capital after a surprise visit to his hometown of Izyum, which was threatened by flooding after a Russian strike on water infrastructure.

Izyum was held four days ago by Russian forces, but is now proudly flying the Ukrainian flag again.

His spokesman Serhii Nykyforov said in a statement: “A car collided with the car of the President and his escort vehicles in Kyiv.”

“Doctors accompanying the head of state provided emergency assistance to the driver of the car and transferred him to an ambulance,” the same statement said.

The President was examined by a doctor, no serious damage was found.

“All the circumstances of the accident will be investigated by law enforcement,” the spokesman continued.