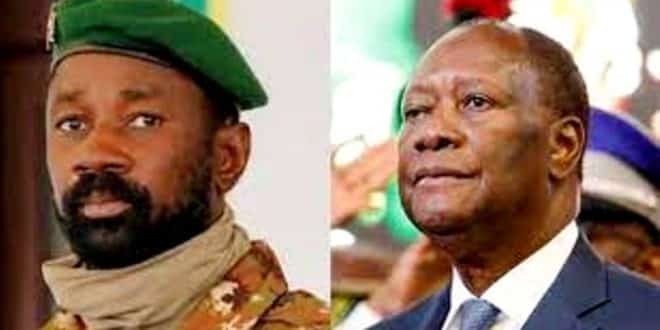 Ivorian authorities are angry with military leaders in Mali, who imposed certain conditions before releasing the Ivorian soldiers arrested on July 10.

Mali’s condition before proceeding with the release of the Ivorian soldiers is simple: the extradition by Ivory Coast of Malian political figures who found refuge in Abidjan. But for Ivorian President Alassane Ouattara, there is no question.

Friday evening, in a press release from the Malian presidency, Colonel Assimi Goïta clearly links the two files: no release of Ivorian soldiers without the extradition of Malian politicians in “consideration”.

“We now consider it to be hostage-taking and a means of blackmail,“ denounced at the microphone of RFI, a source close to the Ivorian presidency, on condition of anonymity.

“They want to make President Ouattara pay for the embargo decided by ECOWAS and UEMOA,” the source said.

This, in reference to the sanctions decided by the West African organizations and which had hit Mali for six months, between January and July last, to obtain commitments on the holding of future elections.

“These two questions cannot be linked, it’s a settling of scores,” still judges this source, who assures that the release of the three soldiers, just a week ago, was supposed to be “the start of a process” and that the remarks made on Friday by the Malian President, Colonel Assimi Goïta, are a “change of discourse”.

This senior Ivorian official also affirms that this is not the first time: “They had promised at the end of July not to take the case to court”.

But in mid-August, the detained Ivorian soldiers were officially charged with, in particular, “undermining state security”. They have since been awaiting trial.

“All these personalities do not reside permanently in Abidjan and are not necessarily present there, even if they stay there regularly,” recall the Ivorian authorities.

The Malian presidency said in its press release that  “Nigeria wishes to play its part in the release of the rest of the soldiers” , and  “believes that it is time to find a definitive solution to this crisis”.