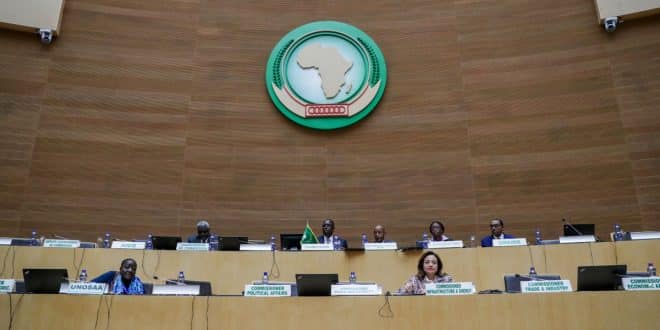 Elise ATAYI 4 weeks ago Africa, In the news, Politics Leave a comment

The African Union Peace and Security Council has called on illegal holders of small arms and light weapons to hand them over to national authorities without prosecution, with the aim of ending wars in Africa by 2030.

“By 2030, we must succeed in silencing the guns on the continent. This message we must get across the continent. We must act now and we need the collaboration of the media for a real movement of the pass which will allow us to get rid of small arms and light weapons definitively “, affirmed the ambassador Bankolé Adéoyé, the commissioner of the African Union (AU) to political affairs, peace and security.

The African Union Commissioner called on illegal holders of small arms and light weapons on the continent to “ hand them over to competent national authorities and without any fear of being brought to justice ”.

These remarks were made during a lively press conference at the end of the first day of the session devoted to the launch of the month of amnesty, instituted since 2017 by the AU.

Bankolé affirmed that the holders of these weapons do not know that during this month of September, one can especially pose this gesture and without concern for its own safety. It is in this capacity that he called on the African media to help them bring this message to the people in order to help the AU to move forward in its objective of building an Africa of peace in accordance with its agenda 2063.

Except that the appeal launched by the African Union risks falling on deaf ears. In 2013, the UN took an important step towards ending conflict in Africa. As the African Union celebrated its fifth anniversary, Heads of State and Government adopted a plan of action and set the goal of silencing the guns by 2020. Then, at its 430th meeting, in April 2014, the Peace and Security Council (PSC) sought to mobilize Member States and African Union partners to devise new approaches to achieve this goal. So far, the measure has had no effect and weapons continue to circulate freely in Africa.

According to a study conducted in 2019 by the AU, more than 40 million small arms and light weapons were circulating on the continent at that time. A number, which should “ certainly change in 2022, if this study is carried out again ”. This figure, said Ambassador Bankolé Adéoyé, is a scandal, especially since ” the forces of order and defense which have a legal mission of protection and defense on the continent have fewer weapons than that “.