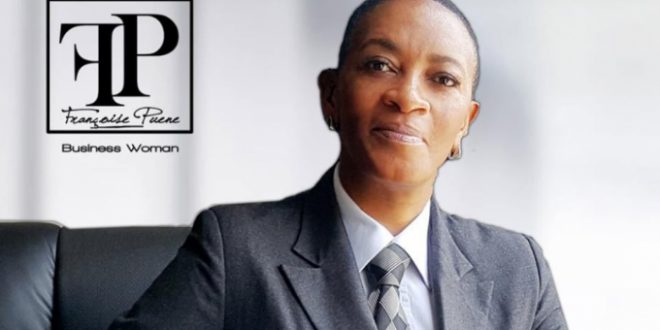 Ranked among the richest businesswomen in Cameroon, Françoise Puene, a former donut trader, is now at the head of Franco group, operating in hotel industry.

Her fortune is estimated at billions of CFA francs.

CEO of the Franco Group, her fortune is without mystery built under the sun in the eyes of all. Born in Bafang to a polygamous family, she obtained her CEPE at the Catholic mission of Banka in the 1980s. Her life turned upside after being repudiated for insubordination with two children for the local chief at the age of 15, with about 40 co-wives.

She got up and started working in a hospital. And that’s where she met fate. Later she started to trade selling donuts and beans. She is the symbol of the resourcefulness of the African woman. Her first savings of 80,000 FCFA gave her the chance to realize her dream. She finally goes to Cotonou by bus to buy thrift stores that she resells in Lagos, Limbé and Cameroon.

She then moved to Yaoundé to participate in public procurement. She even went to jail once. Later, she started in the construction industry in the early 1990s and then in the hotel industry.

Today she is a billionaire thanks to her investments and one of the richest people in Cameroon. Very influential and very open. She does not hesitate to share her experiences with the younger generation on social networks.

She is a reference and a source of inspiration for many young people with her advice and her motivations.