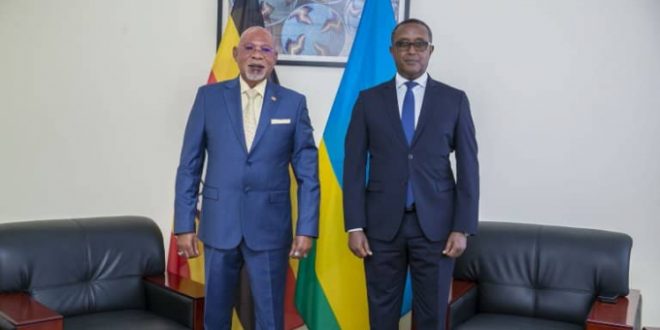 Diplomacy: resumption of bilateral talks between Rwanda and Uganda

Rwanda and Uganda have officially resumed diplomatic talks, an important step towards reviving relations between the two countries which had been at loggerheads for nearly three years.

A delegation of Ugandan officials led by Foreign Minister Odongo Jeje Abubakhar met with their Rwandan counterparts in Kigali.

At the end of the meeting, the countries declared that the diplomatic and political consultations were part of the extension of the commitment of the heads of state and strengthened the cordial relations between the two countries.

“They agreed to review and revive bilateral cooperation in the various areas of interest by convening the next Joint Permanent Commission between Rwanda and Uganda,” the statement said.

Rwanda will host the meeting scheduled for March 2023.