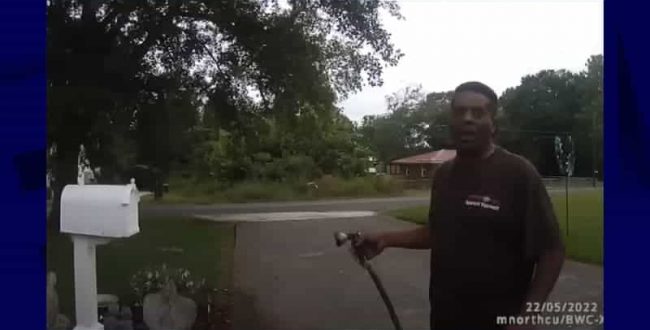 According to the pastor, his neighbors had commissioned him for this mission during their holidays in the mountains in the north of the country.

The situation escalates slightly when police officers ask the pastor to present his identity papers. The latter refuses, retorting that he has done nothing wrong and accusing the police of “racial profiling.”

“You have no right to approach me, I have done nothing wrong. If you want to lock me up, lock me up, I will continue to water these flowers”, he continues.

Following this conversation, police handcuffed and took the pastor to station, accusing him of “obstructing government operations”.

The police eventually dropped the charges against the pastor.

“The watering of flowers is not being prohibited by the laws of Alabama,” police stated.