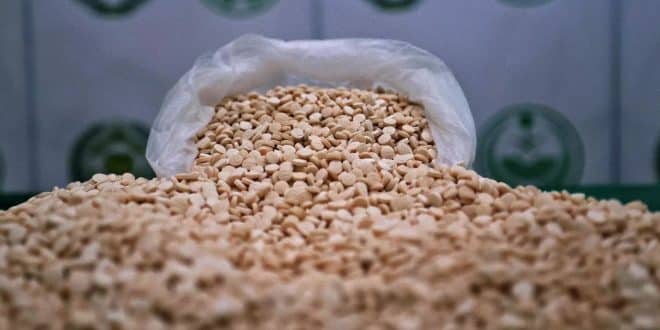 Elise ATAYI 1 September 2022 Asia, In the news Leave a comment

Saudi authorities announced the seizure of 47 million amphetamine tablets and the arrest of eight people involved in the trafficking in Riyadh.

The information was made public through a video posted on official Saudi social media with the caption “war on drugs”.

These amphetamine pills were discovered hidden in packets of flour by investigators during the operation in a warehouse in Riyadh.

However, the statement did not specify where the shipment came from or what type of pills it was.

It is the first time that such an impressive quantity has been discovered while seizures are frequent in the kingdom.