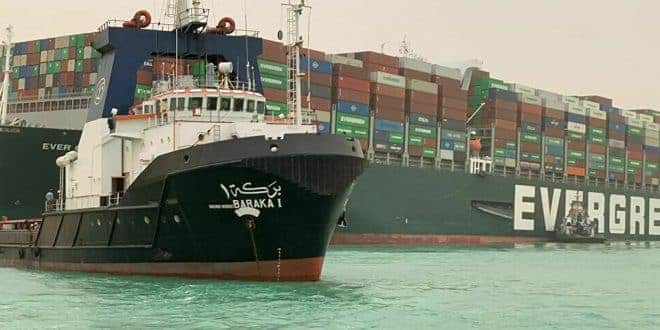 An oil tanker blocked the Suez Canal on Wednesday evening, raising fears of an interruption in maritime traffic similar to that caused by a ship in early 2021.

The tanker is a Singaporean-flagged vessel 250 meters long and 45 meters wide and was en route to the Saudi port of Yanbu.

But thanks to the promptness of the airport authorities who deployed more than 5 tug vehicles in the waters, the traffic was restored.

“Traffic is restored and the tanker Affinity V was successfully refloated shortly after midnight,” the SCA announced adding that “the incident was caused by a technical failure in the rudder.”

The Suez Canal is one of the most important maritime routes in the world.

This incident reminds the one caused by the Even Given, a giant container ship of almost 200,000 tons in March 2021,whose bow was embedded in the eastern bank of the canal