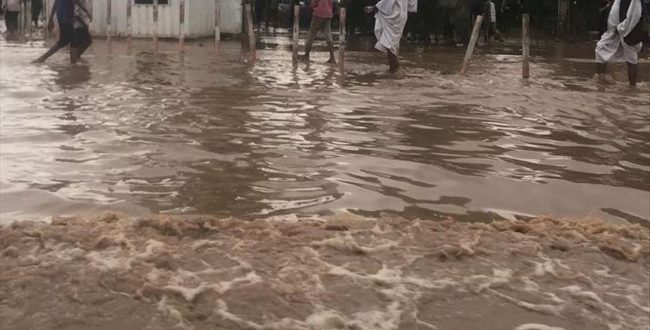 More than 340,000 people in Chad are affected by flooding due to torrential rains, according to a report by the United Nations Office for the Coordination of Humanitarian Affairs (OCHA).

“The floods destroyed nearly 2,700 hectares of crops and farmland, increasing food insecurity. The number of people affected by the rains has increased by 90,000 since last year,” OCHA said.

The International Organization for Migration (IOM) works with local and national aid workers to help those in need.

While Chad, a landlocked country in the Sahel, receives periods of heavy rainfall each year, this latest development is unprecedented with an increase in rainfall as well as greater changes in the amount of rainfall.

Rural residents have been caught off guard as these extreme weather events are the result of climate change.

OCHA announced earlier this month the death of 22 people due to heavy rains. UN agencies reported the urgency of the situation, but have limited funds to help the displaced and hungry ones.

Only 33 percent of the humanitarian funds required for Chad in 2022 had been received in August.

In a joint appeal, Chadian government and the humanitarian community are requesting 5.2 million euros to provide shelter, basic necessities, and protection to those affected by the floods.