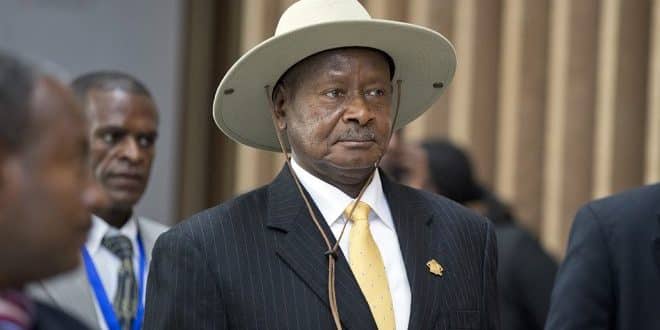 Uganda forced to choose between Washington and Russia in Ukraine war

On a recent tour of Africa, Linda Thomas-Greenfield, the U.S. ambassador to the United Nations (UN) said “if a country decides to engage with Russia, where there are sanctions, then it break those sanctions.”

The diplomat made this statement in Uganda.

The caciques of President Museveni did not appreciate it and described it as “an insignificant threat”.

Americans are trying to make a precision on the regime of Museveni which seems to want to import fuel from Russia.

A dilemma for President Museveni

For Yoweri Museveni, the Ugandan president, unaccustomed to having his conduct dictated to him, this is an important dilemma that stands in front of him. Because in times of financial crisis, the acquisition of cheap petroleum products is a godsend. But the US threat could well strain the country’s finances, with Washington making regular donations for refugee aid and health.

Upon her arrival in Uganda, Linda Thomas-Greenfield had however declared that “countries can buy Russian agricultural products, including fertilizers and wheat”, but that the United States would refuse any long-term commitment with Russia.

Yoweri Museveni may be an ally of Washington, but he did not want to interfere in the Russian-Ukrainian conflict. He has also repeatedly expressed his sympathy for Moscow.

However, the war in Ukraine has had serious consequences in terms of inflation and the food crisis. And the UN and American sanctions against Russia prevent certain countries, especially African ones, from being able to import basic necessities, fertilizers or oil.

This is disputed by Thomas-Greenfield, who dared to assert that the sanctions imposed by Washington were not responsible for the rise in food prices in Africa. The diplomat assures that the United States wants to set up partnerships with “mutual interests” between the country of Uncle Sam and Africa.

Funny conception of the win-win partnership. Shortly before the American diplomat, it was Sergei Lavrov, Russian Minister of Foreign Affairs, who had visited the continent. He then deplored “the absolutely inadequate reaction of the West, which announced sanctions ” against Russia.

For its part, Europe has also engaged in incomprehensible blackmail: last April, the President of the European Commission Ursula von der Leyen affirmed that it was necessary “to punish the African countries which abstained or voted against the resolution presented to the UN” . It indicated that it was necessary, in particular, for these countries, to eliminate development aid.