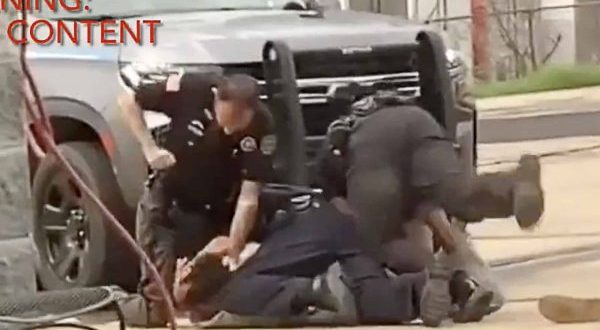 Three US police officers have been suspended after footage emerged online showing them violently beating a man during an arrest in Arkansas, authorities said on Sunday evening.

In the video, which created outrage on social networks, police officers hold down a white man, punching him hard in the head and kneeing him in the legs, and slamming his face against the concreted floor.

” This is bad,” says one person off camera when bystanders try to address the police, one of them orders them to stay away.

The other two officers, who work for Crawford County, were also suspended, with the Sheriff who promised to take “appropriate action.”

The violent arrest happened around 10:40 a.m. Sunday outside a grocery store, according to Arkansas State Police who opened an investigation into officers’ “use of force.”