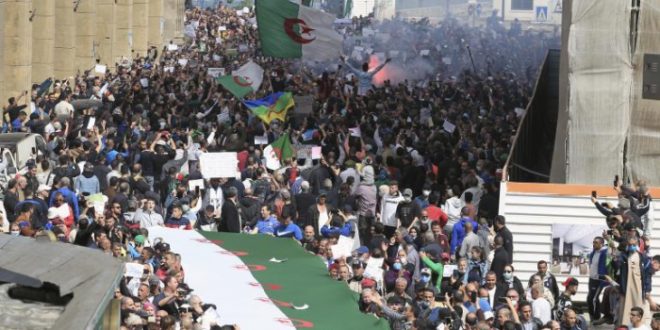 Thirteen Algerian diaspora organizations in a letter urged French President Emmanuel Macron not to ignore issues of “degrading” human rights and not support the Algerian regime, as the president is expected in this North African countries.

In this missive, the Algerian diaspora expresses concern about the drift autoritarian and despotic in the Algerian political system. It evokes “the dangerousness of rights and fondamental freedoms” by the attitude of ruling power. In addition, the letter mentions “nearly ten thousand arrests followed by at least a thousand abusive pre-trial detentions in violation of the penal code to be put in the assets of this regime since its installation at the top of the State” pro-democracy demonstrations du Hirak which shook power.

The letter added that the “Algerian Diaspora is not spared because of its implication and continuous support to the popular mouvement”, stressing that “Algerians in France but also the Franco-Algerians fear retaliatory measures in their movements in Algeria and are thus limited in their freedom of movement”.

The French president will travel to Algeria on August 25, to honor the invitation of his Algerian counterpart Abdelmadjd Tebboune.