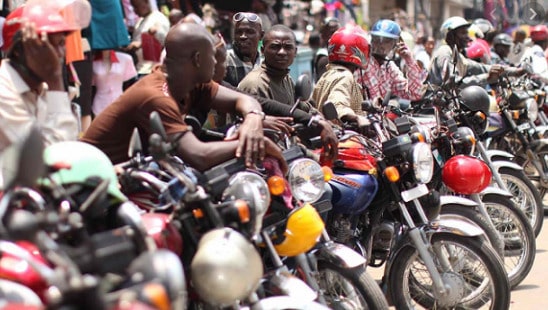 The commissioner for transportation, Frederic Oladeinde, said the expansion of the ban was for security reasons and the best interests of the people.

The additional four local government areas where the ban will now apply include: Kosofe, Oshodi-Isolo, Shomolu and Mushing.

Back in June, Lagos authorities crushed 2,000 confiscated motorcycle taxis following the first roll-out of the ban.

It was imposed after the lynching of a man by suspected riders in May, which sparked outrage.

Sunday David, a 38-year-old sound engineer, was killed in the upmarket Lekki neighbourhood after a disagreement over fares, the BBC reported.

His death sparked outrage and forced authorities to act.