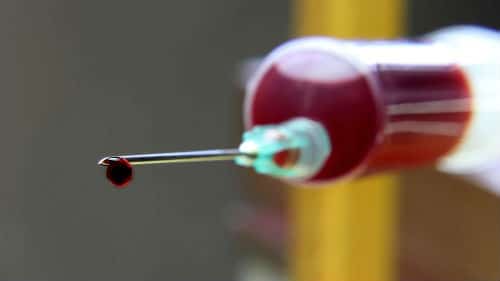 A young man is in the grips of the police after it came to light that his 15-year-old girlfriend had injected herself with his HIV-positive blood in a bid to prove her love for him, odditycentra website reported.

According to the website, the teenage girl hails from Suwal Kuchchi, a village in Assam, India, while her boyfriend is from the town of Hajo.

The young man had tried several times to run away with his girlfriend, but her parents’ vigilance foiled the attempts, the report said.

After dating for about three years, it is unclear if the man was doubting his girlfriend’s love for him after the failed efforts to escape with her.

Then in a bid to assure him of her unflinching love, the 15-year-old girl, knowing very well that her lover was HIV-positive, drew his blood with a syringe and injected herself with it.

It is reported that the parents of the girl have filed a case against their potential son-in-law, leading to his arrest by the police in Hajo, while their daughter is being monitored by doctors.

The mindboggling story of the young love birds has left many people is a state of shock, as they wonder if the man was aware of his lover’s absurd act.

He might be in a serious trouble if he knew of his girlfriend’s decision to do what she did, or even approved of it, knowing the risk it posed to her.