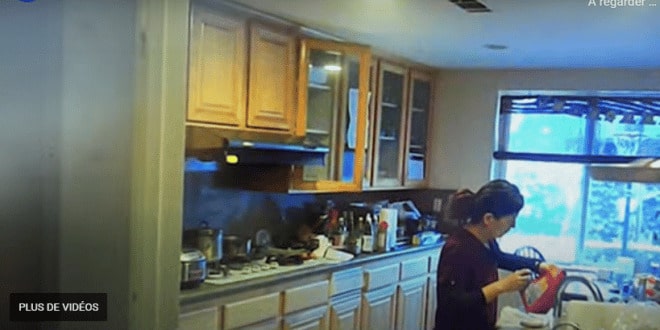 Jonathan Carreidas 18 August 2022 In the news, Society Leave a comment

In complete ignorance that her husband had installed a surveillance camera in the kitchen, a 45-year-old dermatologist was filmed pouring a household product into her husband’s lemonade.

Police arrested the woman for attempted poisoning as soon as they received the CCTV footage.

She is also accused of verbal and emotional abuse towards her husband and their two children.

The husband, Jack Chen, 53, had surveillance cameras installed in the kitchen to observe his wife’s actions.

He had indeed faced rather worrying health problems for a few months. It was a way of following the lead he had in mind.

However, she was released on bail for $30,000, after few days in detention.

Jack Chen immediately asked for divorced with exclusive guard of his kids.

Here is the video