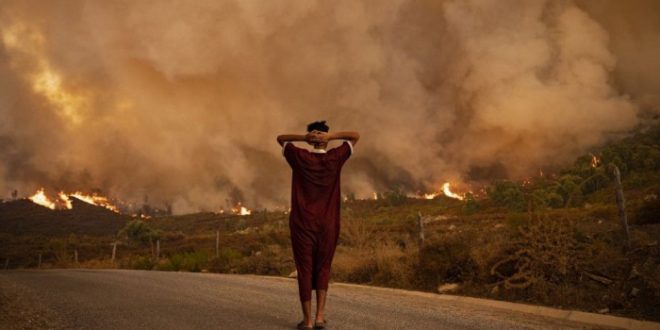 At least three firefighters died on Monday evening during a fire in a forest in northern Morocco, the country’s authorities said.

Two others were seriously injured. The five firefighters were in their vehicle which fell into a ravine as they battled the flames, they added.

“A preliminary investigation says this fire would be of human origin,” local authorities told AFP on Tuesday.

Four men suspected of having started the fire were arrested and handed over to the judicial police before being brought to justice, said the authorities of the province of M’diq-Fnideq, near the port of Tangier.