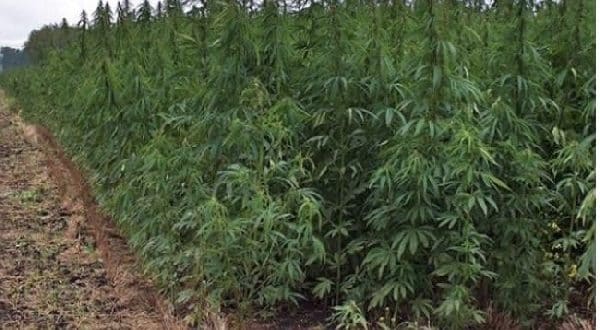 The Donkorkrom Magistrate Court remanded four suspects who were arrested for cultivating about 80 hectares of cannabis in a forest reserve in the Kwahu Afram Plains North District of the Eastern Region, Adomonline website reported.

The suspects, Blewu Nomenyo, Korsi Mawuena, Charles Kale, Emmanuel Kojo and the leader, Anakpo Micheal, a teacher of the Donkorkrom Agric Senior High School were arrested by the Afram Plains North District office of the Forestry Commission upon a tip-off.

The court, presided over by his lordship Augustine Akusa-Am, remanded the suspects to reappear on Wednesday, the report said.

Meanwhile, the police are on a manhunt for about 10 other suspects who are still on the run after managing to escape during the swoop.