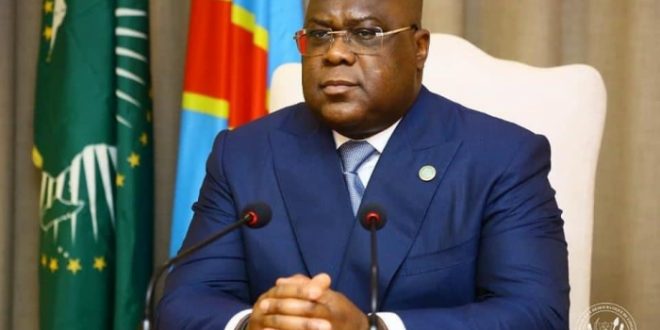 Democratic Republic of Congo President Felix Tshisekedi said he will jail people spreading lies, a warning to his opponents.

“If the prison is going to be filled with people who spread lies, it will be filled,” said the Congolese President.

He made the statement as he was in N’djamena, the Chadian capital, where he attended the celebration of the independence of Chad.

In front of his compatriots living in Chad, President Tshisekedi gave political lessons to his opponents. He denounced the “manipulation of an old mother of ECIDE to start telling stories that do not hold.”

Denouncing some “lies” of some opponents about the biological family, mainly his wife and his regime, Felix Tshisekedi promise to send all his opponent to prison.

During the meeting, Felix Tshisekedi did not object to criticism of his management, but to what he calls “lies”, otherwise, he warns, «if you want to lie that the president is a thief, it’s a serious accusation, it must be proved in court”