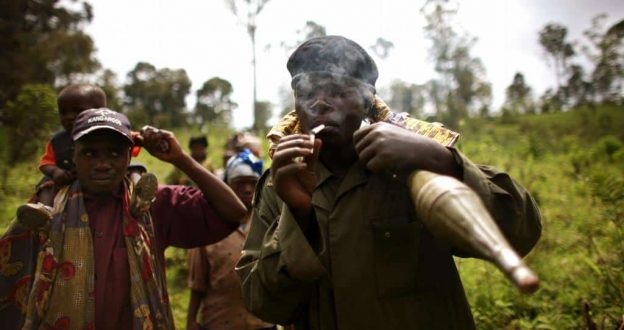 Intense fighting resumed earlier on Tuesday between Congolese soldiers and M23 rebels in the Eastern Democratic Republic of Congo, where the rebel group controls several localities in the Rutshuru territory in addition to an important city at the border with Uganda.

“Around 3:20 a.m., three of our position in Rwanguba, Rangira and Muhira were attacked simultaneously by M23 and its allies in the Rwanda army,” Anadolu Agency quotes the Congolese army spokesperson in the region, Lt-Col Guillaume N’djike as saying.

He accused the rebels of violating “the truce imposed by the Nairobi summit of heads of state within the framework of the Community of East African States” which recently voted for resolutions against armed groups destabilizing eastern Congo.

The movement, for its part, accused the Congolese army of having launched the offensive simultaneously in the locality of Tanda.

Both sides did not provide an assessment.