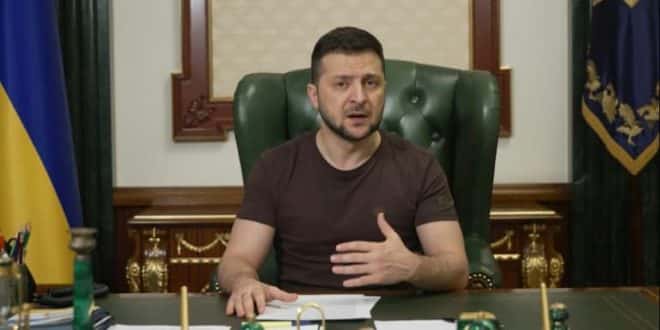 Ukrainian President Volodymyr Zelensky on Thursday, called on the international community to “react immediately” to remove Russians from the occupied Zaporizhia nuclear power plant and target of bombings.

According to the Ukrainian Head of State, only the total withdrawal of the Russians (…) would guarantee nuclear security for all of Europe.

“The whole world must react immediately to drive out the occupants of the Zaporizhia power plant,” President Zelensky said.

The Zaporizhia power plant is the largest in Europe located in southern Ukraine and has been occupied by Russian troops since March 4.