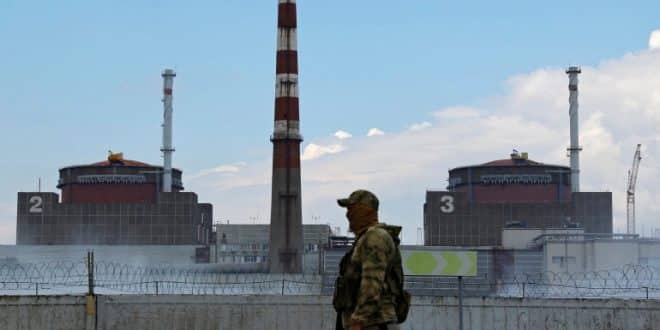 Thirteen civilians were killed overnight from Tuesday to Wednesday by Russian bombardments in central-eastern Ukraine, which targeted a town near the Zaporizhia nuclear power plant.

It is located on the bank of the Dnipro river which faces the Ukrainian nuclear power plant of Zaporizhiia, the target of strikes last week of which Ukraine and Russia accuse each other.

The night attack also injured 11 people, five of them seriously. The vast Dnipropetrovsk region is considered relatively safe and hosts many civilians evacuated from Donbass further east, the epicenter of the Russian offensive.

“We spent a horrible night (…) It’s very hard to get the bodies out of the rubble,” said Valentin Reznitchenko in his message: “I beg you, go to safe places during air alerts (.. .) Eighty rockets were deliberately and insidiously launched at residential neighborhoods as people slept in their homes.”