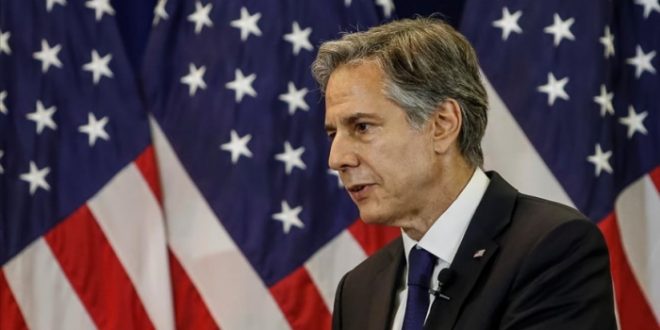 U.S. Secretary of State Antony Blinken said on Tuesday Washington was “very concerned” about what he called credible reports that Rwanda has provided support to M23 rebels in the neighbouring Democratic Republic of Congo, Reuters reported.

The US diplomat, speaking during a visit to Kinshasa ahead of a trip to Rwanda, called on all parties to halt any support for or cooperation with M23 or other non-state armed groups.

Blinken said the conflict in eastern Congo was a focus of his meeting with Congolese President Felix Tshisekedi on Tuesday and would be central when he meets Rwandan President Paul Kagame on Wednesday.

The M23 insurgency is part of the fallout from the 1994 genocide in Rwanda.