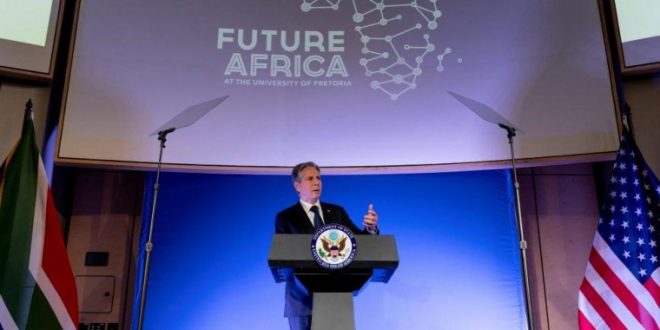 U.S. Secretary of State Antony Blinken on Monday said the United States will not dictate Africa’s choices, despite having sought support from the continent’s 54 countries in efforts to isolate Russia over its Ukraine invasion.

Mr Blinken was presenting a new strategy document for sub-Saharan Africa at the University of Pretoria in South Africa’s capital, part of a continental tour that will also take him to the Democratic Republic of Congo and Rwanda.

“Too often, African nations have been treated as instruments of other nations’ progress, rather than the authors of their own. They have been told to pick a side in great power contests that feel far removed from daily struggles of their people,” Mr Blinken said.

“The United States will not dictate Africa’s choices, and neither should anyone else,” he added.