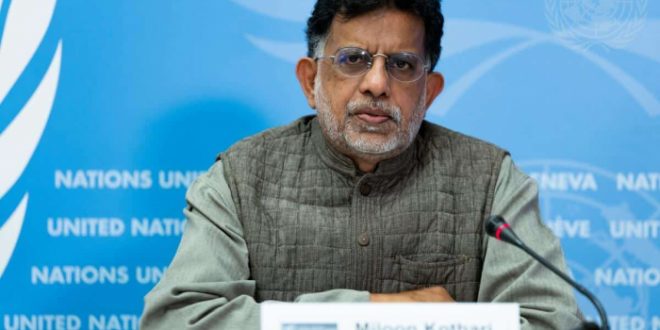 Jonathan Carreidas 2 weeks ago Asia, In the news, Politics, Politics and society Leave a comment

One of the UN investigators apologized on Thursday for having spoken of the “Jewish lobby” in an interview, remarks which had been strongly denounced by Israel and Western diplomats in Geneva.

In an interview published on July 25 on the Mondoweiss website, Miloon Kothari said: “We are very discouraged by social networks, largely controlled by the Jewish lobby or by certain specific NGOs, which spend a lot of money trying to discredit us”.

This statement angered Israeli Prime Minister Yair Lapid who asked UN chief Antonio Guterres to work for the dissolution of the commission.

Israel’s ambassador to Geneva, Meirav Eilon Shahar, also demanded the dissolution of the commission and the president of the Human Rights Council, Argentinian Federico Villegas, asked the expert to clarify his “comments unfortunate”.

The UN investigator then expressed regrets.

“I wish to sincerely express my regret and unequivocally apologize for using words ‘the Jewish lobby,” said Miloon Kothari, in a letter sent Thursday to Federico Villegas and published by the UN.