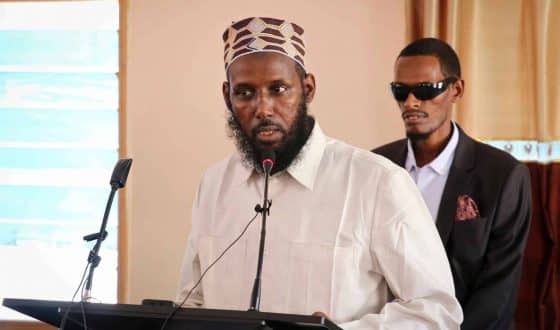 Jonathan Carreidas 6 days ago Africa, Horn of Africa, In the news, Politics Leave a comment

The former militant leader had been under house arrest for four years. He was detained during the previous president’s term for organizing a militia. He was also accused of not giving up on extremism.

More than 20 people were killed when violence erupted after his arrest.

He split from al-Shabab in 2015 citing ideological differences and formed his own militant group.

Many analysts see his appointment as a way to cover up crimes committed while he was part of the al-Qaeda affiliated group.

Al-Shabab, which is opposed to the internationally backed federal government, carries out frequent attacks in Somalia killing thousands.