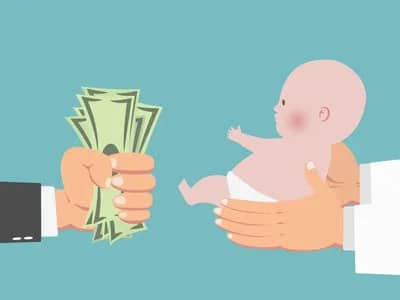 A young mum in Nigeria sold her six-week-old baby to an orphanage for 200,000 naira for an unbelievable reason, sparking outrage in the country, local media have reported.

According to local press, the 23-year-old mother used some of the money to buy a cell phone.

“My baby was born on July 2. I sold him out of frustration. My friend (Mama Joy) told me since my husband was not taking care of me, if I did (sell the baby), I could give him the money to start a business or buy a motorbike. Two weeks later, she came back. I don’t know what had happened to me. So, I took a bag, gathered some things and left. I sold her to an orphanage in Onitsha. The orphanage bought the child for 200,000 Naira. I just bought a phone; I didn’t want to buy it, but she (Mama Joy) forced me to. I told my pastor what I did and that it was a mistake I would never forgive myself for. So my husband and I went to a police station to report us. I know what I did was wrong. I pray that my child forgives me. »