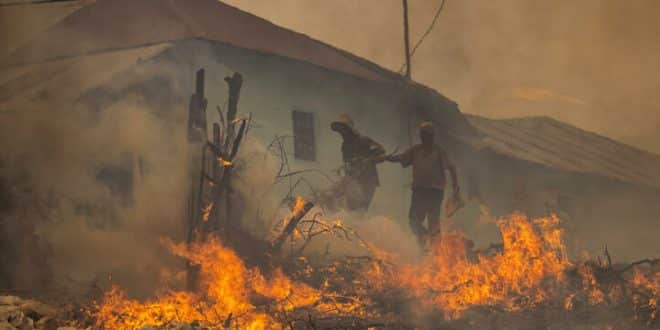 A villager has been indicted for involuntary fire in the province of Larache in northern Morocco, the region most hit by violent forest fires, a judicial source said.

The province of Larache has been particularly affected by forest fires which have killed three people and destroyed thousands of hectares since mid-July.

A resident of a village in Larache was brought before the king’s prosecutor and indicted for involuntary fire.

“He will be tried in pre-trial detention”, the judicial source said, stressing that the investigation did not conclude that there was “criminal intent”.

According to the Agriculture Ministry, the total area hit by wildfires in several northern regions of Morocco has reached 10,300 hectares since mid-July.

Morocco is hit by scorching temperatures, in a context of exceptional drought and water stress.