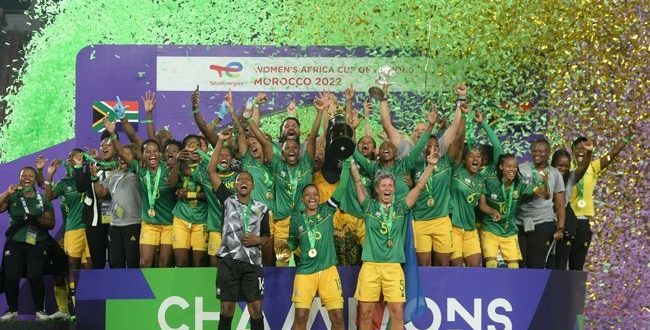 Jonathan Carreidas 2 weeks ago Africa, In the news, Politics and society, Southern Africa Leave a comment

South African President Cyril Ramaphosa said the country’s women’s football team “deserves equal pay” as men, as he welcomes them back after their crowning glory at the 2022 Women’s Africa Cup of Nations (WAFCON).

“I have been told that you get 10 times less than what the men get when they play, and that has to come to an end,” President Ramaphosa told the women, who cheered his announcement.

He urged the country’s ministers of finance and sports to increase the bonus.

“We are a non-racial, democratic and non-sexist country. I am hugely opposed to non-equal pay and it must come to an end,” he said.

His statement follows a public debate around equal pay in the country after the Wafcon victory.

It was earlier reported that the players would receive less money in prize bonuses than their male colleagues did for reaching the quarter-finals of the men’s tournament in 2019.