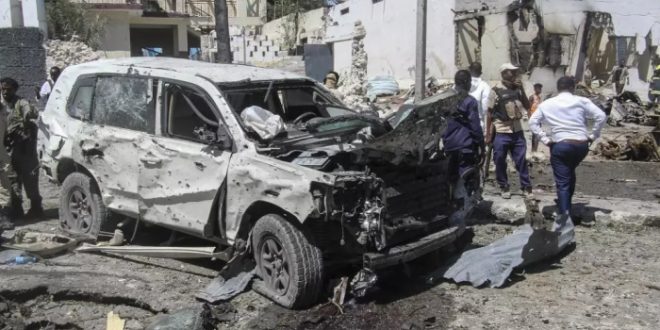 Somalia: several dead including local authority in a suicide attack

Jonathan Carreidas 2 weeks ago Africa, Horn of Africa, In the news, Society Leave a comment

A suicide bomber, wearing an explosive belt, burst into the Merka governorate building in Ethiopia’s Shabeellaha Hoose region and blew himself up, Anadolu Agency reported, citing a police source.

According to the agency which quotes the source, the attack “caused the death of 6 people, including the governor of Merka, Abdullah Ali, and in injured about 7 others, according to the preliminary toll of the attack.”

No group claimed responsibility for the attack but for years Somalia has been waging a war against the armed Islamist militant movement al-Shabaab.

On July 20, Prime Minister Hamza Abdi Berri announced that Somalia was in the process of launching a “major military operation” against terrorist groups, to reopen routes between regions and ensure the delivery of aid to those who need.