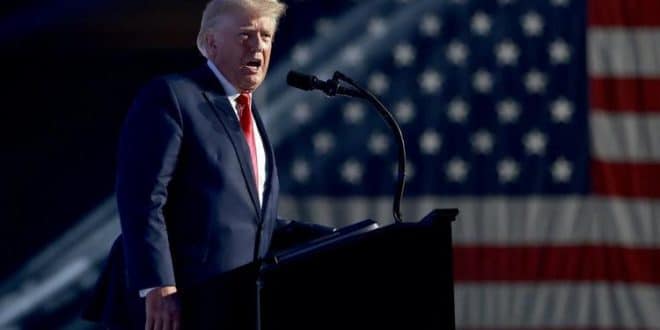 USA: Donald Trump’s first return to Washington since his departure

Former US President Donald Trump returns to Washington on Tuesday, a first since his departure from the White House in 2021 and the chaos of the assault on the Capitol.

The billionaire, who is flirting more and more openly with the idea of running for president in 2024, will speak at an event of the America First Policy Institute, a think tank run by his allies.

The Republican, who maintains that the 2020 election against current President Joe Biden was stolen from him, will give a political strategy speech, CNN reported.

Donald Trump, 76, retains a central place in the Republican community.

He appears to have retained a core of loyal supporters, which would put him in pole position should he decide to seek the nomination.