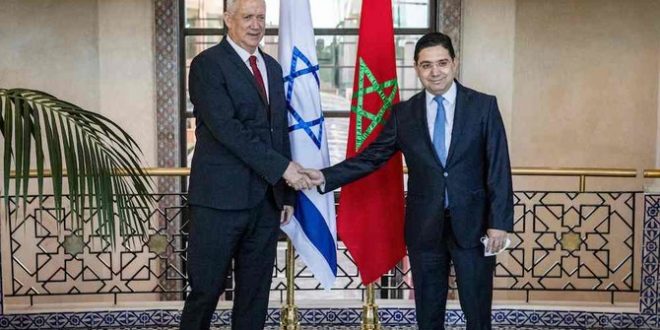 Israel and Morocco cemented their military alliance during talks in Rabat on Tuesday between Israeli army chief Aviv Kochavi and senior Moroccan officials, as part of growing cooperation between the two states.

General Kochavi was received by Abdellatif Loudiyi, Minister Delegate in charge of Defense, for the first official visit of a Chief of Staff of Israel in the Cherifian kingdom, indicated Tuesday the Israeli army in a statement.

He also met with his counterpart, General Belkheir Al-Farouq, and the head of military intelligence Brahim Hassani.

This partnership is based on a framework agreement signed in November 2021 in Rabat by the Israeli Minister of Defense Benny Gantz. The agreement provides in particular for cooperation between intelligence services, the development of industrial links, the purchase of armaments and joint training.

Sealed with Washington’s blessing, this strategic and military alliance arouses mistrust in Algeria, Morocco’s regional rival and supporter of the Palestinian cause.