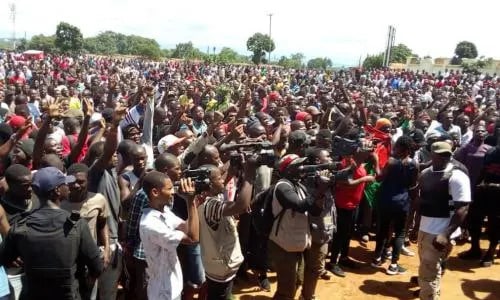 Several Malawians took to the streets of the capital, Lilongwe, to demand the resignation of President Lazarus Chakwera.

Protesters accuse the president of not dealing with the high cost of living.

They want a fresh presidential election to be held, local media reported.

A high court is reported to have issued an order banning the protests which have been organised by human rights campaigners.

Local media outlets have been tweeting chaotic scenes in the capital city of protesters barricading roads with rocks.