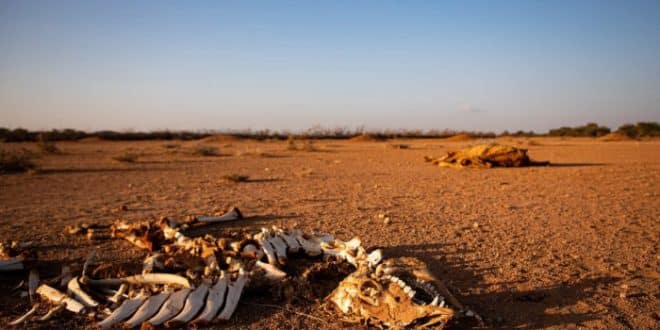 The director of the American development assistance agency, Samantha Power, pledged more than a billion dollars on Monday to try to avoid famine in the Horn of Africa, calling on other countries, in particular China , to do more to combat the food crisis deepened by the Russian invasion of Ukraine.

The USAID chief has been alarmed that war and climate change are worsening world hunger, after the Covid pandemic “wiped out” a decade of progress.

“Today we face something even more devastating, as not only do tens of millions of people face hunger, but many of them are also at risk of dying,” she said at the Center for Strategic and International Studies research center.

Serious situation in Somalia and Kenya

The situation is particularly dire in Somalia, Ethiopia and Kenya, according to Samantha Power, as the Horn of Africa is set to experience its fifth drought in a row this year.

The US official, who announced she would visit the Horn of Africa this weekend, said at least 1,103 children had died there and some seven million others were severely malnourished.

She said the $1.18 billion US aid would include emergency food, including sorghum, as well as a peanut-based supplement for malnourished children and veterinary care for livestock that dies.