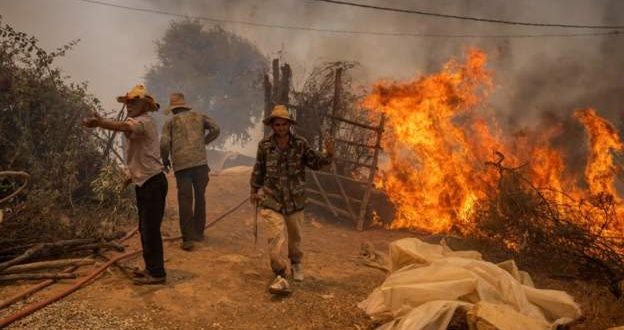 Morocco battles wildfires in the north

Moroccan authorities were on Thursday battling to put out multiple wildfires burning through forests in four provinces in the north amid a heat wave.

Hundreds of families have been evacuated “as a precaution” from Larache and Taza provinces, and transport in the areas has been disrupted.

No casualties have been reported so far.

Firefighters, soldiers and police officers have been trying to prevent the fires from causing more destruction. But strong winds, the forests’ density and a difficult terrain have slowed the efforts, according to the authorities.

The country, which has had intense droughts, has recently been hit by soaring temperatures.

“It is the heat that causes this kind of fire. It was yesterday at dawn that the fire reached our village,” the AFP news agency quoted Ahmed Mezouar, a resident of Larache, as saying.

The fire has reportedly burnt at least 1,000 ha (2,500 acres) of forest so far in Larache and Ouezzane areas.