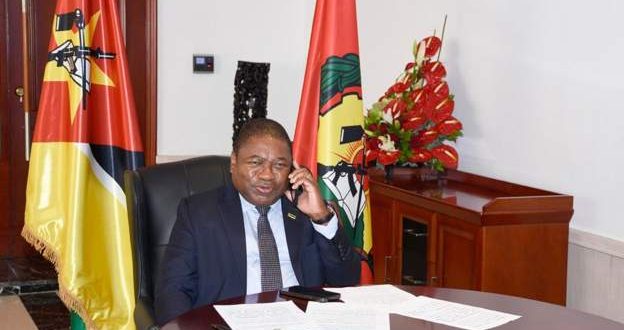 Mozambican President Filipe Nyusi and his Ukrainian counterpart Volodymyr Zelensky held a phone conversation on Wednesday to discuss the situation in Ukraine.

The two leaders discussed the situation regarding the war as well as the impact it is having on food security, according to a tweet by Mr Zelensky.

The conflict in Ukraine has worsened already existing grain shortages in Africa caused by bad harvests and insecurity. Over 40% of wheat consumed in Africa usually comes from Russia and Ukraine.

The Ukrainian leader also congratulated Mozambique on its election as a non-permanent member of the UN Security Council.

Mr Zelensky expressed his interest in explaining to African countries about the security situation in his country.

On his part, the Mozambican president said why his country abstained from voting on a UN resolution that condemned Russia’s invasion of its neighbour.

Mr Nyusi said the dispute should be resolved through dialogue.

He welcomed Mr Zelensky’s intention to speak to African countries.