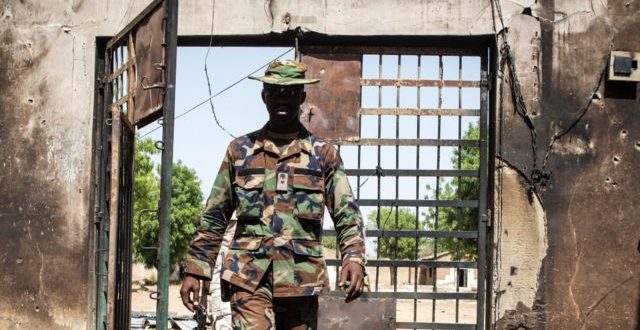 At least 300 suspected Boko Haram militants are on the run after gunmen from the extremist group attacked a prison outside the Nigerian capital, Abuja, a government official has said.

“We understand they are Boko Haram – they came specifically for their co-conspirators,” senior interior ministry official Shuaibu Belgore told reporters.

“Right now we have retrieved about 300 out of about 600 who got out of the jail cells,” he said, adding that some had either returned voluntarily or had been recaptured.

Witnesses said they heard loud explosions and gunfire around the Kuje prison on Tuesday night.

The prison was holding a number of high-profile detainees, including suspected militants and jailed politicians.

This is the latest in a series of jailbreaks in Nigeria in which more than 5,000 inmates have escaped since 2020.