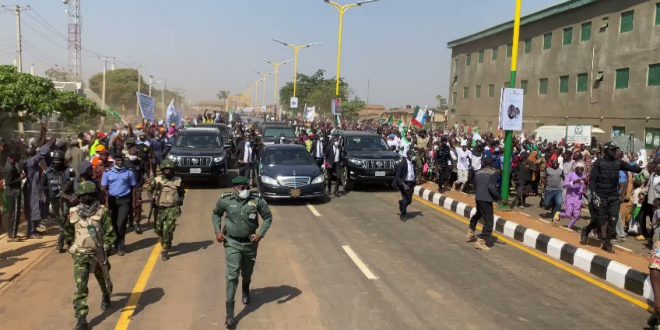 According to the president’s spokesman Garba Shehu, two persons sustained injuries in the advance convoy of security guards, protocol and media officers.

The President’s convoy came under attack ahead of the his trip to Daura.

He is due to celebrate the Muslim holiday of Eid-ul-Adha this weekend.

“However, security forces managed to push them back,” the presidency said.

Gunmen known locally as bandits rule many states in Nigeria. They killed and kidnapped thousands of people since 2015 when it all started.