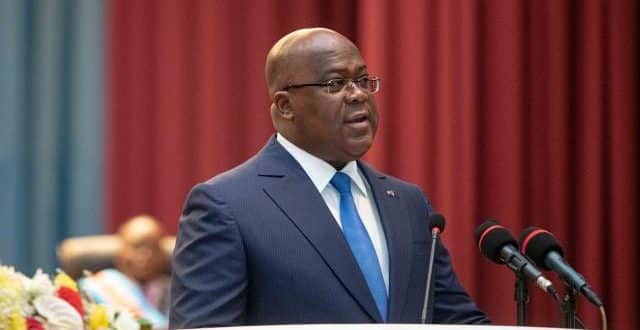 In an interview with UK’s Financial Times newspaper, DR Congo President Felix Tshisekedi warned that his country could react if neighboring Rwanda continued its provocations.

Diplomatic tensions continue to escalate between the Democratic Republic of Congo and Rwanda.

President Tshisekedi who accused Rwanda of supporting the M23 rebel group and also of having “illicit acquired economic interests in the DRC” warned:

“This possibility cannot be ruled out. If Rwanda’s provocation continues, we will not sit and do nothing about it. We are not weak,” Félix Tshisekedi told Financial Times in an interview.

Mr. Tshisekedi and his Rwandan counterpart Paul Kagame are expected in Angola on Wednesday for talks.