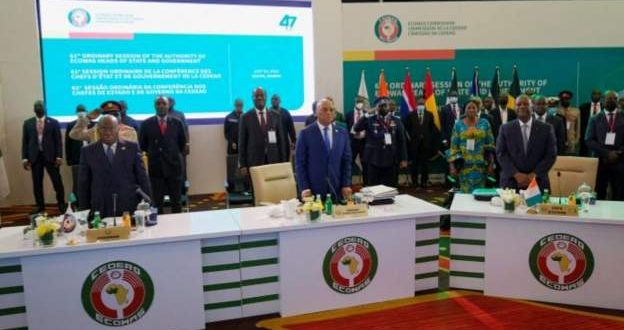 Ecowas leaders met in the Ghanaian capital, Accra and accepted a proposal by Malian military leaders to hold elections and return to civilian rule by March 2024.

“The summit decided to lift all economic and financial sanctions from this day but maintains the individual sanctions and the suspension of Mali from the organs of ECOWAS until the return to constitutional order,” said Jean-Claude Kassi Brou, outgoing president of the ECOWAS Commission.

The summit also accepted a two-year timetable for the restoration of democracy in Burkina Faso.

But the regional bloc’s leaders said they maintain economic sanctions against Guinea, a third country that experienced a coup, unless it speeds up its proposed three-year transition to democracy.