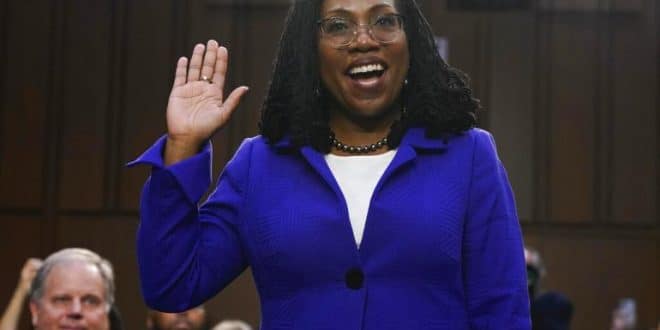 Progressive Justice Ketanji Brown Jackson became the first black judge to be sworn in to the Supreme Court on Thursday, a historic entry with no immediate effect on the entire right turn of the American temple of law.

She was chosen at the end of February by President Joe Biden, who promised during his campaign to appoint, for the first time, a black woman to the highest judicial institution in the country, 233 years old.

“Her historic swearing-in today represents a huge step forward for our country, for all young black girls who now see themselves represented in our highest court,” president Biden said in a statement.

Before Joe Biden, former president Donald Trump indeed had the opportunity to appoint three judges to the Supreme Court.