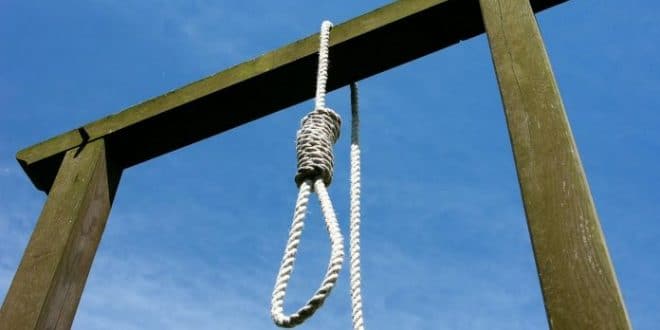 Six people have been sentenced to death in the Nigerian Muslim state of Bauchi and neighboring Plateau state, in two separate cases.

In the mainly Muslim state of Bauchi, an upper Sharia court sentenced three men to death by stoning after they were found guilty of homosexual acts against children.

“Those convicted included two young men and another in his 70s,” a court official told the BBC.

During the hearing the men had no legal representation and pleaded guilty. They do have the right to appeal against the judgement within one month.

In the second case in neighbouring Plateau state, a secular court on Thursday sentenced three men to death by hanging or lethal injection.

They had been convicted of stabbing a young man to death during a dispute among people celebrating Christmas in 2015.

The lawyer for the convicted men said they planned to appeal.

Death sentences are rarely carried out in Nigeria. Instead, those on death row are usually detained in prison indefinitely.

For a condemned person to be executed in Nigeria, the death penalty must be approved by the governor of the state where it is handed down.