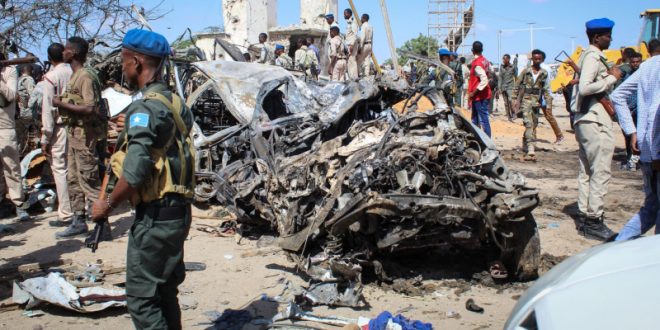 Two journalists were injured on Monday following a landmine explosion in the town of Qabno in central Somalia, Anadolu Agency reported, citing a security source.

According to the source, the blast was caused by a landmine laid beside a road.

The landmine targeted a car carrying two journalists in the town of Qabno.

No party had yet claimed responsibility for the bombing.

But the Al-Shabaab movement often claims responsibility for such attacks.