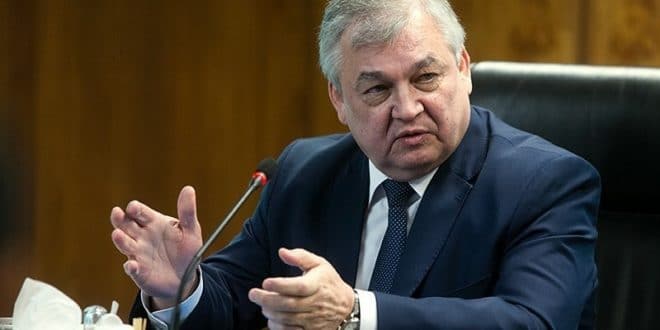 Russia warns Turkey against next intervention in Syria

Russia issued a warning to Turkish President Recep Tayyip Erdogan urging him to suspend the military operation he plans to launch soon in northern Syria.

For the past few months, the Turkish army has embarked on the Syrian conflict to ensure its security at its borders. Ankara plans to continue its military operations in northern Syria in the near future.

Russia, which established itself since the beginning of the conflict as an appointed defender of Syria, did not appreciate this plan.

On the sidelines of the 18th international meeting on Syria, Russia’s special representative, Alexander Lavrentiev, conveyed the Kremlin’s message to Ankara.

“The final decision has not yet been taken, so we have invited our Turkish partners to refrain from carrying out military operations in Syria. We frankly told our Turkish friends that this could lead to further escalations, including an armed confrontation. This could fuel the separatist sentiments of the so-called Autonomous Administration of Northeastern Syria (AANES), which neither Turkey, Russia, Iraq, nor Iran want,” he said.

According to the Russian diplomat, Turkey and its partners in the region have not yet exhausted the voices of peaceful resolution related to its security on its borders with Syria.

“We believe and have spoken frankly that a military operation will not solve all the problems that currently exist, and, above all, will not completely solve the problems related to Turkey’s security. It seems to me that Turkey’s national security problems can only be solved if the Syrian government forces take full control of the borders of the territories“, assured the Russian representative for Syria to the Turks.