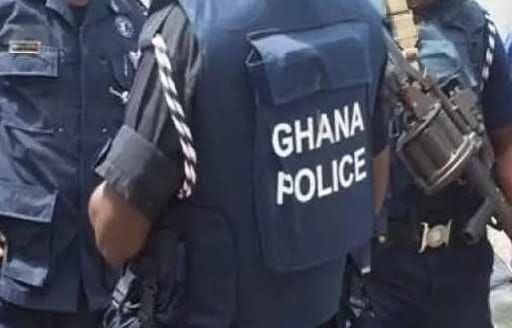 The Ghana Police Service (GPS) promoted two officers for their position in effecting the arrest of one of their co-workers carrying suspected Indian hemp.

The police in a statement said “The above police officer was transporting the suspected Indian hemp from Have direction and failed to stop at Have police barrier when signalled by personnel on duty to do so. He attempted to escape but was given a hot chase by the personnel. On reaching a section of the road on Kpeve Mountain, he was involved in an accident and had a fracture on his left hand. 84 parcels of compressed dried leaves [were] found in his car boot.”

“He is responding to treatment and further development will be communicated,” the police said