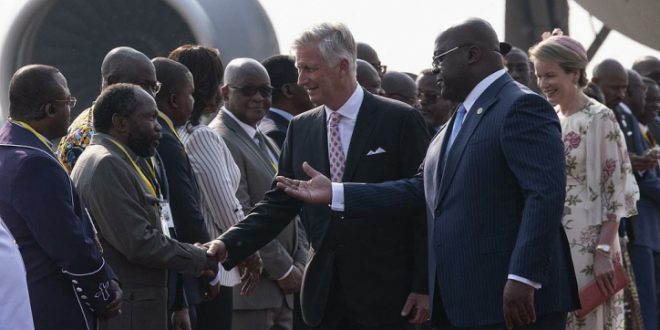 Belgian King Philippe, who is in the Democratic Republic of Congo for a historic visit, said he will initiate the return of items looted during the reign of his ancestor – King Leopold II.

King Philippe, Queen Mathilde and members of the Belgian government are on a week-long visit to the country.

This is his first visit to the central African country since becoming king in 2013.

Two years ago, he expressed what he called his deepest regrets for the wounds of colonisation, under King Leopold.

King Philippe is expected to hand over the first of more than 80,000 artefacts looted during the colonial period and visit the regional cities of Lubumbashi and Bukavu.