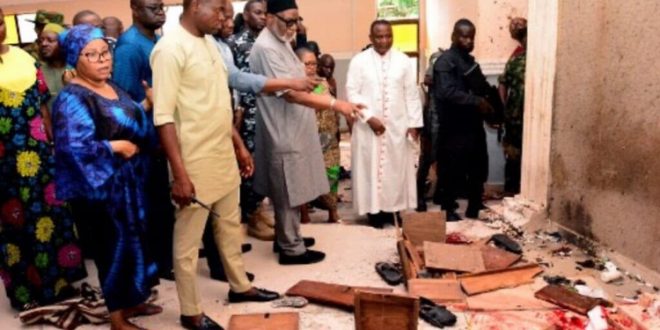 The gunmen entered the church and shot at the congregation during a service to mark the holiday of Pentecost, witnesses said.

After visiting the church and hospital, state lawmaker Ogunmolasuyi Oluwole told the Associated Press that children were among the dead.

In a series of tweets, Ondo state Governor Rotimi Akeredolu called it a “vile and satanic attack” on innocent people .

He appealed for calm urging people not to take the law into their own hands.

President Muhammadu Buhari said “only fiends from the nether region” could have done this “dastardly act”.