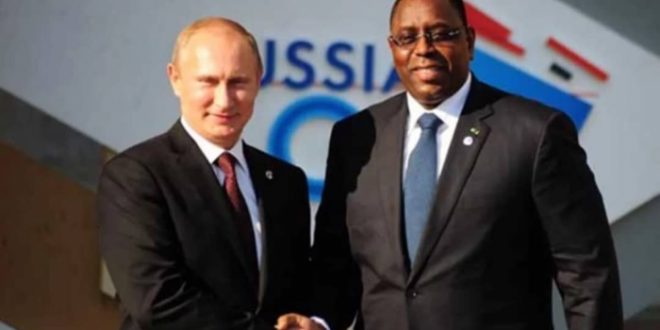 Russia’s President Vladimir Putin will give his Senegalese counterpart an “exhaustive” explanation as to what is happening to Ukrainian grain when the two meet later on Friday, Reuters reports the Kremlin as saying.

Senegalese President Macky Sall, acting as African Union chairman, is in Russia to discuss the food crisis caused by the war in Ukraine.

President Sall’s office said the visit was aimed at freeing up stocks of cereals and fertilisers that are currently blocked in Ukrainian ports.

African countries have been particularly affected by the price increases caused by the war.

The two presidents are due to meet in the southern Russian city of Sochi.