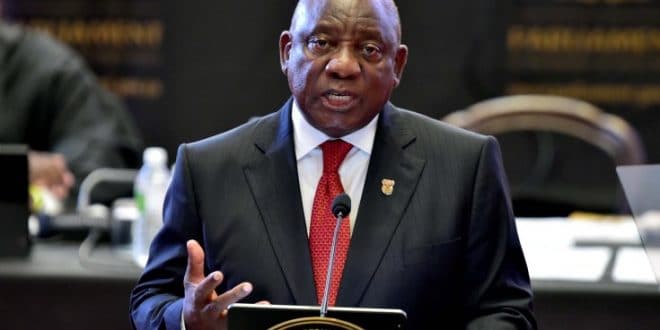 South Africa’s President Cyril Ramaphosa says “there is no basis for the claims of criminal conduct” relating to an alleged cover-up of a burglary at one of his properties in 2020.

The country’s former spy chief, Arthur Fraser, has accused the president of kidnapping and bribery in a case he has registered with the police.

He said the case related to the alleged attempted theft of at least $4m (£3.2m) in 2020 at a farm in Limpopo province and the alleged efforts to conceal what happened.

Mr Fraser, who ran the country’s State Security Agency (SSA) between 2016 and 2018, said he has handed photographs, bank account details and video footage over to the police.

In response, Mr Ramaphosa’s office confirmed that there was a robbery at the farm “in which proceeds from the sale of game were stolen”.

The president, who was out of the country at the time, reported the incident to the police’s presidential protection unit, the statement from his office said.

He “stands ready to co-operate with any law enforcement investigation of these matters”, it added.

Mr Fraser is seen as an ally of former President Jacob Zuma.

After running the SSA, Mr Fraser went on to head the country’s prison service. Last September, he was responsible for ordering Zuma’s release on medical parole nearly two months into his 15-month prison sentence for contempt of court.

He has also been accused of enabling corruption while he was running the SSA by witnesses at an inquiry into corruption in the country during the Zuma presidency.

Mr Fraser has accused the witnesses of lying about him.