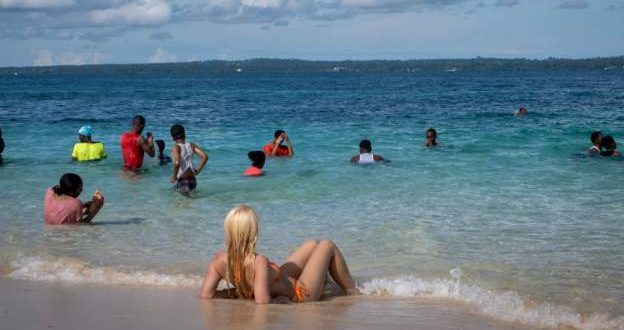 Jonathan Carreidas 31 May 2022 Africa, East Africa, In the news Leave a comment

A minister in the Tanzanian islands of Zanzibar has warned people against insulting or abusing tourists wearing skimpy clothes, the BBC reported.

Zanzibar Tourism Minister Simai Mohammed said the government would take action on people who offend tourists, who are crucial to the islands’ economy.

He said he would himself advise tourists who are not “decently dressed” to do so “and they would take it positively and correct what is wrong”.

“But this habit of insulting foreigners should be stopped,” he said, noting that the habit had become very common.

“In some areas of Stone Town along Kenyatta Road, the [number of] incidents have been so high. Anyone insulting tourists and telling them ‘go home’ I will deal with it very seriously,” he said.

Tourism is a significant source of income to the semi-autonomous territory and its largest source of foreign exchange.

In 2020, the sector contributed an estimated 28% to the islands’ GDP and 82% of its foreign exchange earnings.

Zanzibaris are a mostly conservative and predominantly Muslim society.